For quite a while now I have been wanting to go to Whitby Goth Weekend. I grew up in Yorkshire but never quite managed to make it to Whitby for one of the bi-annual goth weekends. We have been to the Wendyhouse in Leeds often (playful alternative night! the music - nothing kinky -naughty!)

Since it was my birthday weekend we decided to book a little b&b and head up to Whitby to do some marveling at the costumes. I do love to dress up and at one time I was quite into gothic Victoriana, alas the opportunity to goth up does not arise too often now a days and I didn't take the corsets! I kept my outfits fairly simple going for generic vintage rather than full on goth. Here's my Friday night outfit. You have already seen this dress (I wore it for Plus London last year): 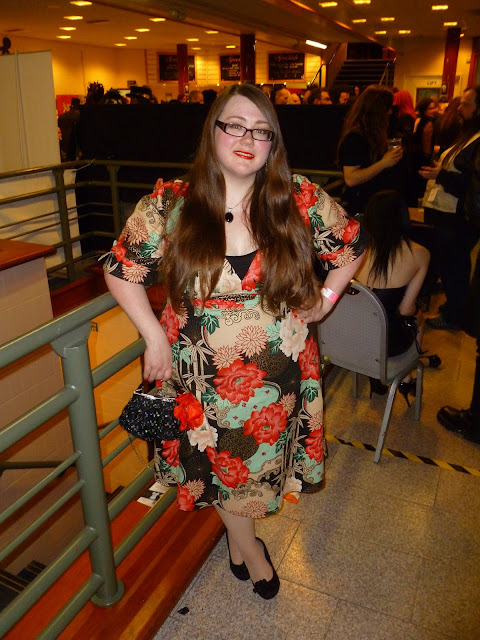 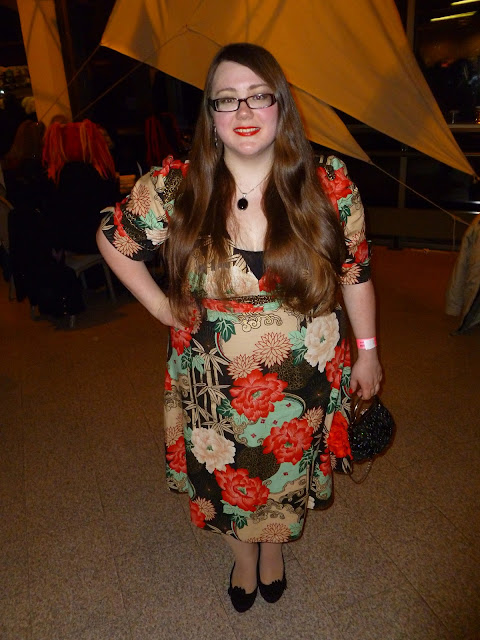 During the day I thought I'd wear something fairly easy to toddle around in (again nothing new here!): 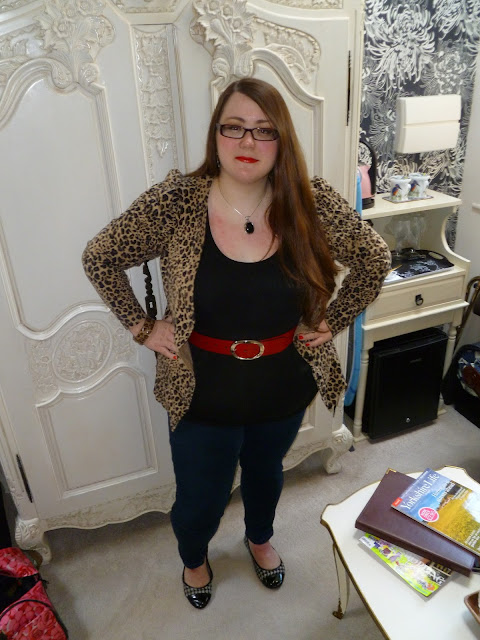 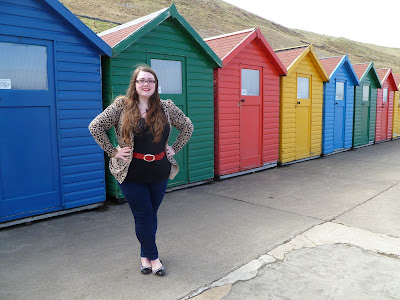 Onto the main event I did get the sewing machine out and run up something a bit different. It was hard to photograph my efforts but here it is: 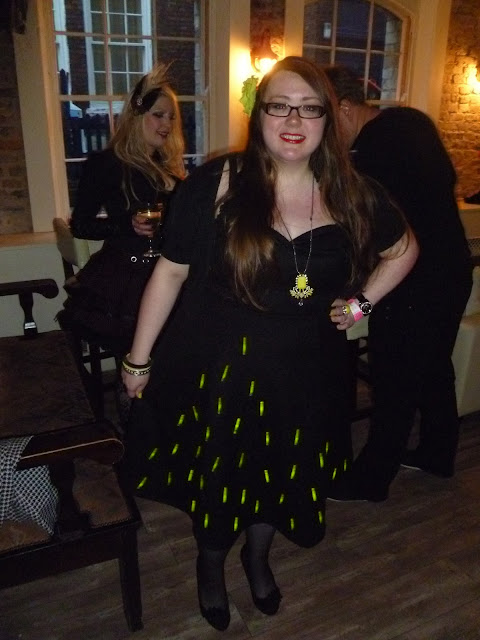 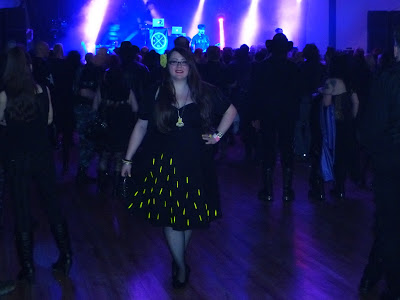 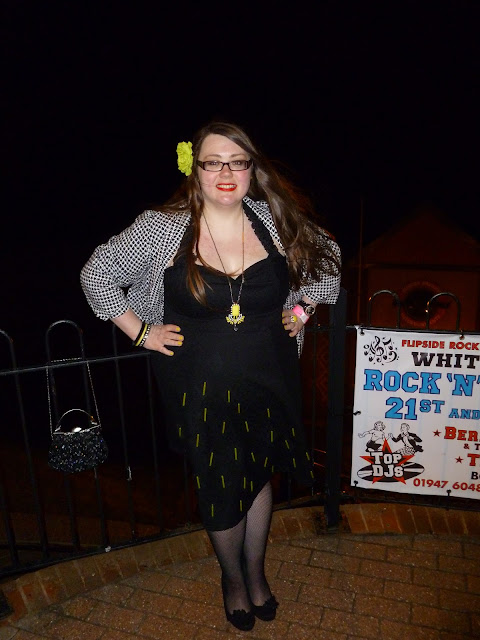 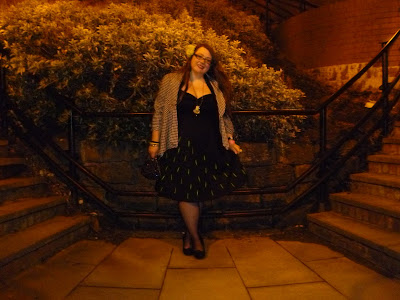 Yes it's a home made 50's inspired dress with miniature glow sticks all over it! They are actually night fishing floats and are probably not intended as club wear but sometimes you have to break the mold right! This dress got a lot of love in Whitby town. It was awesome to wear and I had a lot of fun making it.

I have to say that the most weather appropriate outfit was this one though - brr! 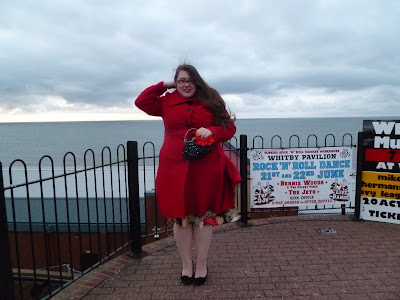 Whitby was great and the costumes and outfits were amazing maybe next time I will dust off some of my more goth stuff!

Something to note is that there were loads of awesome plus size ladies rocking corsetry and steampunk. Next time I will pluck up the courage to ask for some photos of the awesome goth babes! For now I'll just leave a few links:

There are many many more pics on line a google will reveal lots and lots!